Imperial topaz is also known as "precious topaz". It is the most sought after natural topaz. Considered to be the color of the setting sun, imperial topaz gets its name from the Russian tsars of the 17th century. This is because the tsars claimed exclusive rights to the pink topaz gemstones that were mined in Russia. Imperial topaz is less common than other types of naturally occurring topaz, which makes it more valuable. Imperial topaz was traditionally considered to be orange with red dichroism, (this means that when tilted in the light, imperial topaz can appear red or orange), but nowadays it is more widely defined as yellow, pink, red, lavender-pink and peach-pink topaz. 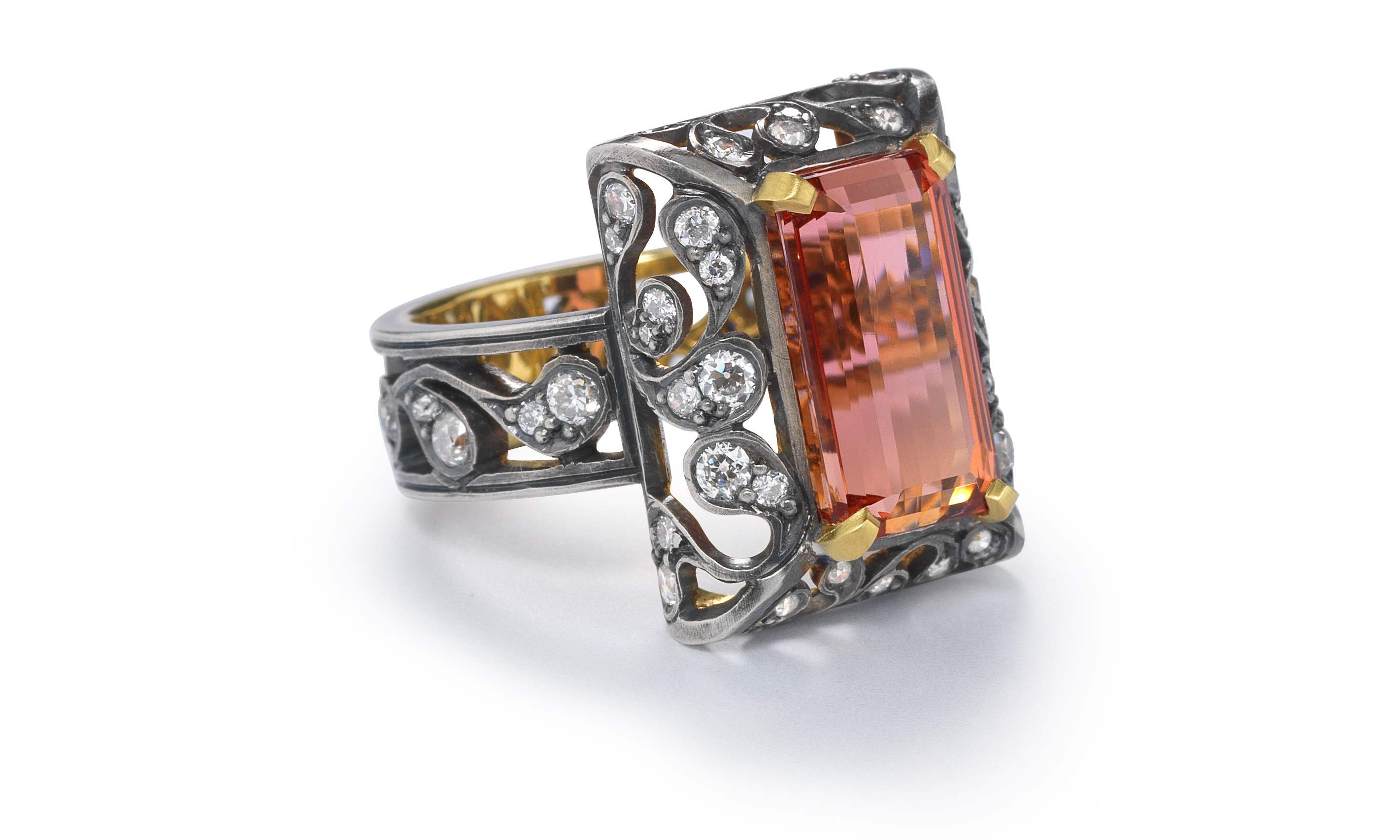 Originally, imperial topaz was classified as orange with red dichroism. Nowadays imperial topaz is defined more widely to include yellow, pink, red, lavender-pink and peach-pink. Sometimes, the color of imperial topaz can gradually fade over time, when exposed to sunlight.

Commercially mined imperial topaz comes from Ouro Preto in Brazil. There are also deposits in the Urals of Russia.

The ancient Greeks believed that topaz was a powerful stone that could increase the strength of the wearer and even provide invisibility. Both the ancient Egyptians and the Romans associated yellow topaz with the Sun God. Imperial topaz is the birthstone for those born in November and for those born under the zodiacal sign of Sagittarius. It is also the gemstone that commemorates the 23rd wedding anniversary.