Rhodochrosite is a manganese mineral that makes an interesting gemstone due to its distinctive raspberry red and pink stripes. Due to its composition, rhodochrosite is also referred to as manganesespar or as raspberryspar with reference to its color. The name rhodochrosite comes from the Greek word, "rhodokhros", meaning "rose colored". In Argentina, rhodochrosite stalagmites formed in Inca silver mines that were abandoned centuries ago. Sometimes it is also called "Rosa del Inca" or "Inca rose stone" and it is said that the Incas believed that rhodochrosite was the blood of their former rulers that had turned to stone. 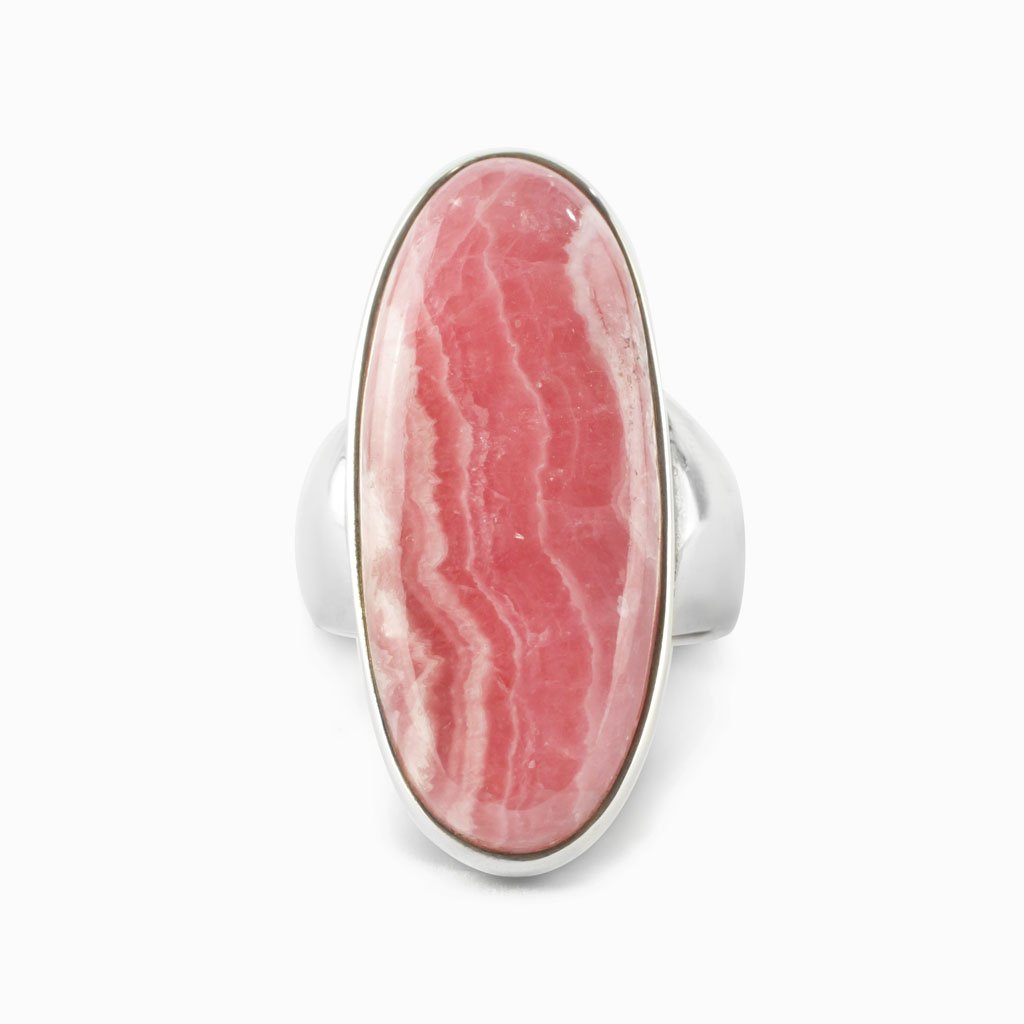 The main rhodochrosite deposits are in Argentina. Other sources include Chile, Mexico, Peru, South Africa and the USA. Rhodochrosite crystals are also found in Romania and Hungary.

Physically, rhodochrolite is said to help blood pressure, respiration, migraines and the sexual organs. In traditional Hindu beliefs, rhodochrolite is associated with Anahata, or the heart chakra, which is related to peace, decision-making, love, compassion and psychic healing.