Sphalerite is a zinc ore mineral that typically contains iron. When it has a high iron content, sphalerite is an opaque black. Gem-quality material has a low iron content, resulting in transparent crystals. Due to its lack of hardness, it is mainly a collector's gemstone. One of the most notable characteristics of sphalerite is its high dispersion (0.156). In fact, the dispersion of sphalerite is over three times that of diamond, which has a dispersion of 0.044. This means that sphalerite has remarkable "fire"; the separation of visible light into colors by refraction or diffraction. In simple terms, this refers to the flashes of color seen when sphalerite is turned in the light. 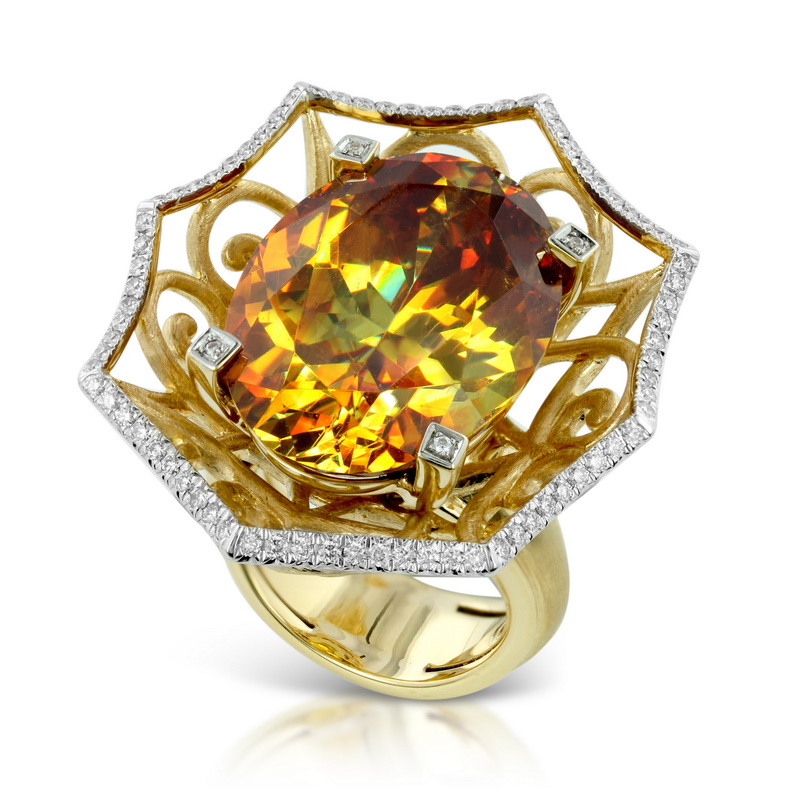 Sphalerite deposits are found in Bulgaria, Canada, the Democratic Republic of the Congo, Mexico, Namibia, Spain, the USA and Zaire.

Generally, sphalerite is thought to provide its wearer with strength and vitality. It is said to increase recovery from illness, to bring sexual and creative energy and to protect against infection, exhaustion and fatigue.

Sphalerite is not a traditional birthstone or zodiac stone, but it is a non-traditional gemstone for those born under the sign of Gemini and is associated with the planet Earth. Physically, sphalerite is believed by some to help eye disorders.