Spessartite garnet is an orange to red-brown gemstone that belongs to the large and varied garnet species of gems. The garnet group can be classified into two primary classes; pyrospites (aluminum) and ugandites (calcium) garnets. The name, "spessartine" comes from the Bavarian word, "Spessart", meaning "forest", which is a mountain range in Germany where spessartine garnet deposits were found in the 1880s. Spessartite garnet was not often seen in jewelry until deposits were mined in Namibia and Mozambique in the 1990s. Spessartite with intense yellow-orange color are often traded as 'Mandarin garnet'. Mandarin garnet is famed for its fiery color and its wonderful brilliance. 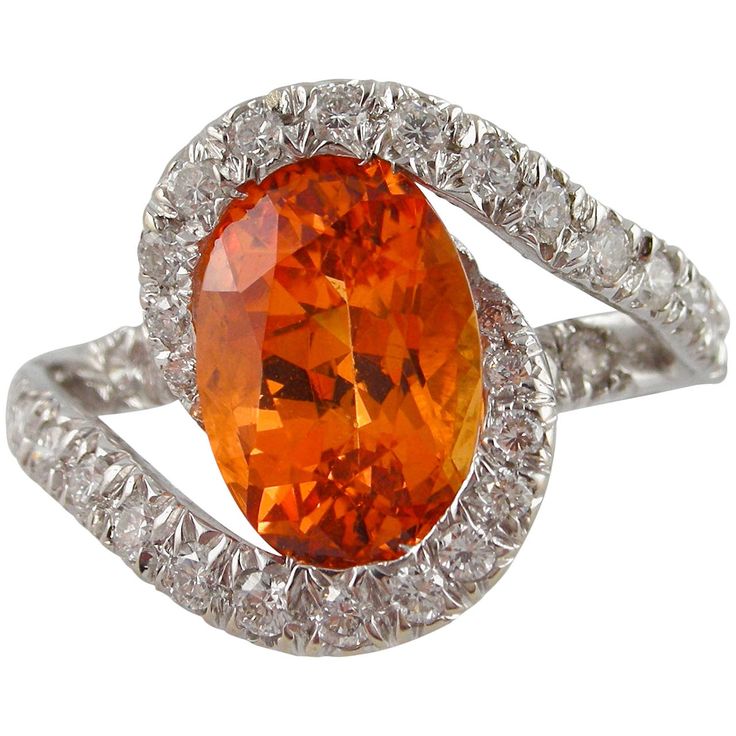 Spessartite garnet can range in color from warm yellow to orange-red. The most desired color for spessartite garnet is a reddish-orange, which is known as "aurora red" or "mandarin spessartite". This is a pure orange without brown tints. Spessartite is ideochromatic, which means its color is owed to an important element in its composition (manganese). It is the manganese which produces its attractive, striking orange color.

Spessartite garnet deposits are found in Burma (Myanmar), Brazil, China, Kenya, Madagascar, Sri Lanka (Ceylon), Tanzania and the USA. The most desirable gemstones come from Namibia and are known as "mandarin spessartite".

Spessartine Garnet is believed to be beneficial to both male and female reproductive systems, boosting fertility and sex drive. It helps the kidneys and bladder, poor circulation, chilblains and Reynaud's disease. It may improve food intolerances, particularly to wheat and dairy products.

It is an antidepressant and suppresses nightmares, and may be used to treat calcium imbalances. [Hall, 139][Gienger, 43][Melody, 610] It fortifies the heart, small intestine and immune system

Spessartine can be used to initiate the analytical processes of the mind, bringing freedom in discovery and facilitating exploration of the rational realms.